This is a busy trail system, especially on weekends between 9AM-4PM. Consider visiting outside of peak periods. Use Trail Finder to identify other nearby trails. If the parking lot is full when you arrive, please choose another trail.

Along the Trail eastbound from Lebanon:

Of the three rail corridors laid out west and north from Concord in central NH to points on the Connecticut River, the Northern Railroad survived the longest. It was completed in 1847, with Daniel Webster giving the keynote address in downtown Lebanon, at a spot just a few yards from where the trail begins today. The fare to Boston via Lowell, Massachussetts was $4. As with so many other early railroads, the Northern was plagued with financial difficulty thoughout its early history. Acquired by the Boston & Maine in 1887, the line flourished for about forty years, largely due to its terminus at White River Junction, Vermont, the regional rail hub. With the Depression, the Northern Branch joined hundreds of other American railroads in a long decline toward oblivion.

Passenger service ended in 1965, with a few freight runs operating into the early 1970s. The B&M stopped maintaining the line and soon abandoned it. In 1996, sixty miles of the corridor were acquired by the State of New Hampshire for $5 million in Federal transportation enhancement funds, to be converted to a recreation trail.

Within a few months, local snowmobile clubs had decked bridges and removed obstacles, opening the entire length to winter use. Luckily for the redevelopment of the trail for warm weather use, the railroad had invested little in ballasting the Grafton County section of the line with heavy stone. The fine black cinders that cover most of the surface between Lebanon and Lake Mascoma today date from before 1950, when the waste product from coal-fired steam engines was spread between the crossties to dampen vibration and soften the ride. By 2000, volunteers working with the local support group had removed the ties and graded the cinders in the western half of the corridor, making twelve miles walkable and bikeable. The stone dust portions of the trail, which are mostly east of Enfield, were applied more recently, using state grants, foundation gifts, and private fundraising. The "last mile" of stone dust was laid in 2010 in Grafton, as the Friends of the Northern Rail Trail began to shift from trail building to trail maintenance. A connection to the Merrimack County section of the trail in Danbury was completed in 2010 and further surfacing improvements were completed on a few portions in Merrimack County in  2011. The trail was extended 2.5 miles, ending at Holy Cross Road, just off Route 3 in West Franklin.

The Northern Rail Trail now goes a total of 59 miles from Lebanon to just north of the Boscawen/Concord city line; 23 miles in Grafton County and 34 in Merrimack. The extension of the trail to the west as a portion of the Mascoma River Greenway is actively being pursued by the City of Lebanon. The ultimate hope is to connect downtown Lebanon with West Lebanon via the rail corridor, perhaps to include a rail-with-trail configuration.

The Northern Rail Trail currently extends south to a trail terminus 1/2 mile north of the Hannah Dustin Park & Ride off exit 17 from I-93. 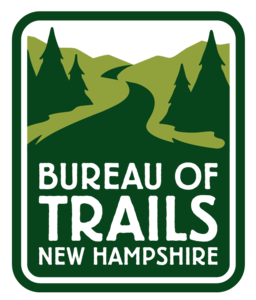 Be Considerate of Other Visitors
Consider volunteering with a trails organization to give back to the trails that give you so much!
Trail Map
Legend
Hide All
Highlight trail segments by permitted use(s).

Western Terminus: Parking is available in downtown Lebanon along Taylor Street (in front of the CCBA) and in the two lots behind Lebanon City Hall. Additional parking is available near the trail gate east of Packard Hill Covered Bridge on Riverside Drive.

Eastern Terminus: Park at the Hannah Dustin Park & Ride (a mile or so west from Exit 17 off I-93) and follow the ramp at the southwest corner down to the old rail line. Follow that rail line north and to the right along River Road for about a quarter of a mile where there are blue signs indicating the start of the Northern Rail Trail about 10 feet off of River Road. There is no parking at the point where the Trail starts.

Parking is also available at other trailheads along this route, such as Ice House Road off Route 4 (Near Mobil station). The major trailheads are plowed and accessible in the winter.

Click on a parking icon to get custom directions
Comments (1)
Please Log In or Create Account to add comments.
englest
Made a quick stop in Lebanon to go for a winter fat bike ride on the Northern Rail Trail while driving along I-89. Loved all the bridges and views of the river.
Services
Map View Add a Service
These awesome businesses support our goal of connecting people to outdoor adventures!
Hang Tight!
Nearby services are loading
No Services Found
Find Services
Photos 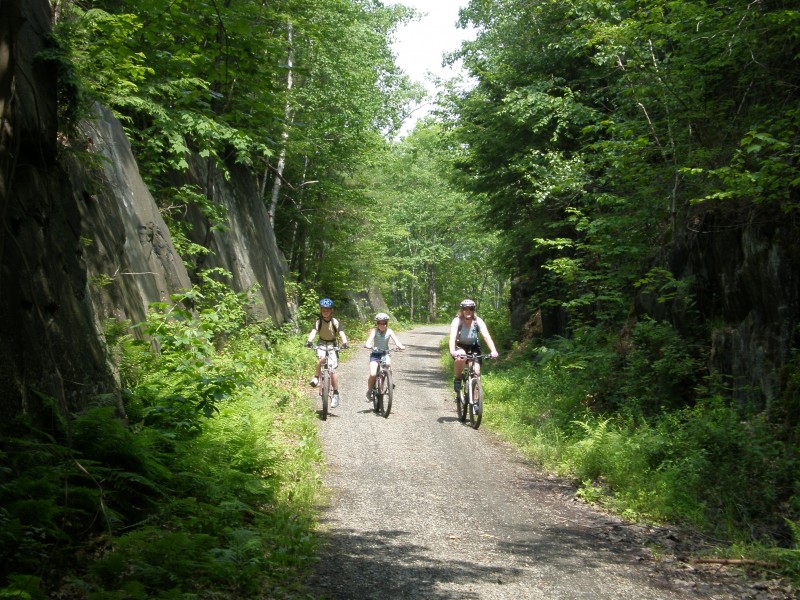 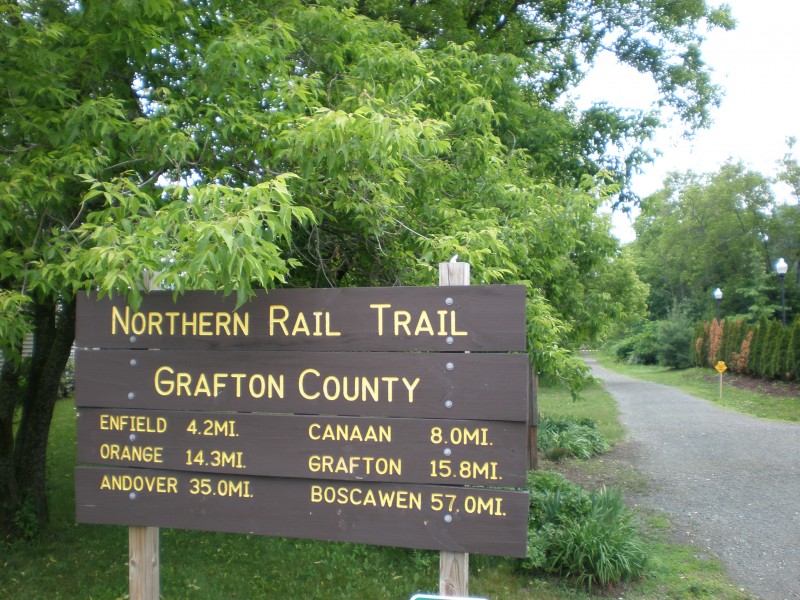 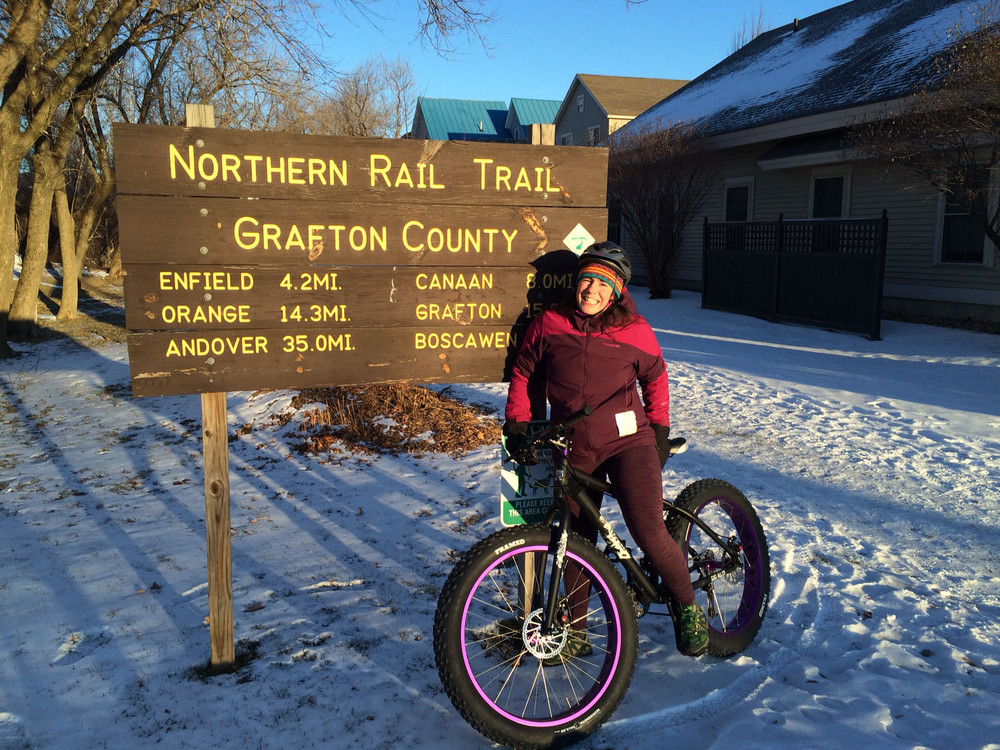 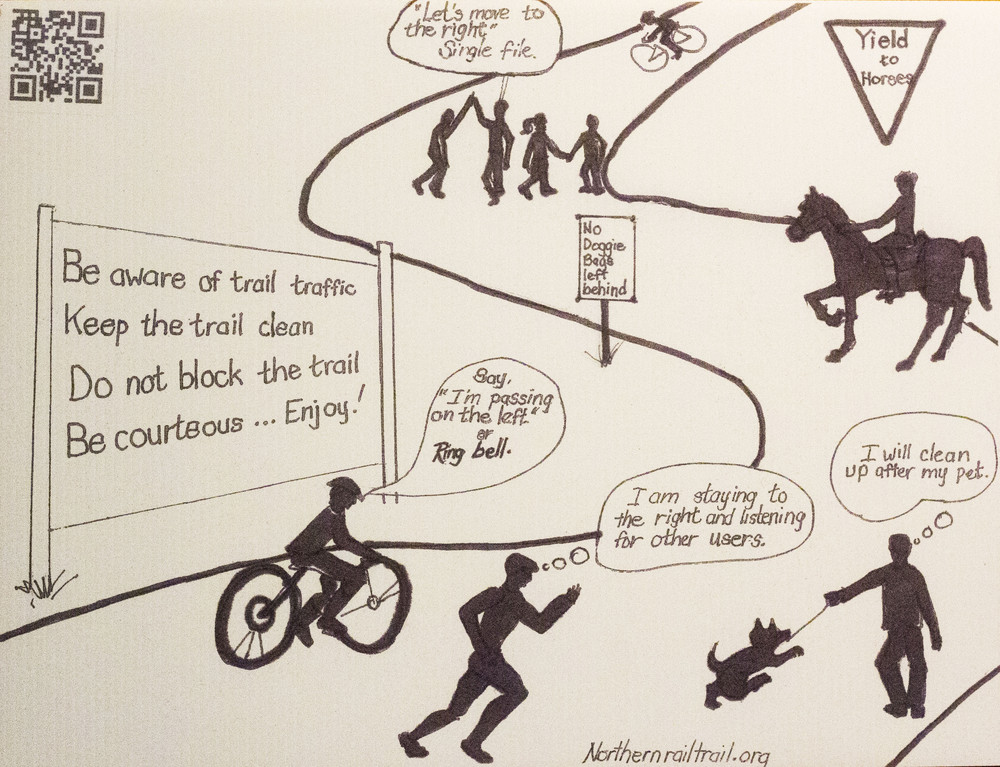