Myron Dutton Memorial Loop Trail (15-30 minutes, blue blazes): The loop trail follows the trails and roadways constructed by the CCC. The trail descends gently down a roadway and passes by the site of an old bathhouse and a modern water system for the Charrette Mobile Home Park. The trail nears Dummerston Station Road and makes a curve through an old parking lot and the original camping area. After passing through this level ground, it ascends steeply up to the picnic shelter and point of origin at the parking area.

Dutton Pines State Park was purchased by the state in 1937 from Edith Dutton to be developed into a park as a memorial to her father, Myron Dutton. The 13 acre property was part of the Dutton Farm where Mr. Dutton had established a plantation of white pine trees in 1887. Additional trees were planted by the Dutton family in 1917 and 1925. According to Myron Dutton’s scrapbook, the property appeared in Vermonter magazine in 1922, describing how the Dutton family maintained this area as a public picnic and camping site before the state acquired the property.

Dutton Pines was a popular picnic spot until Interstate 91 diverted most through traffic away from Route 5 in the late 1950’s. The park saw falling attendance as it served only local patrons. The park stopped operations permanently after the 1982 season. Since then it has served as an informal place to walk and recreate.

Plan Ahead and Prepare
Be prepared to find your way home. Familiarize yourself with the area before you set out and bring your map and compass along.
Trail Map
Legend
Hide All
Highlight trail segments by permitted use(s).
Directions

Dutton Pines State Park is located in Dummerston, Vermont, on Rte. 5, 2.8 miles north of the I-91 Exit 3 roundabout. A small parking area is located adjacent to Route 5. It is not plowed in the winter. 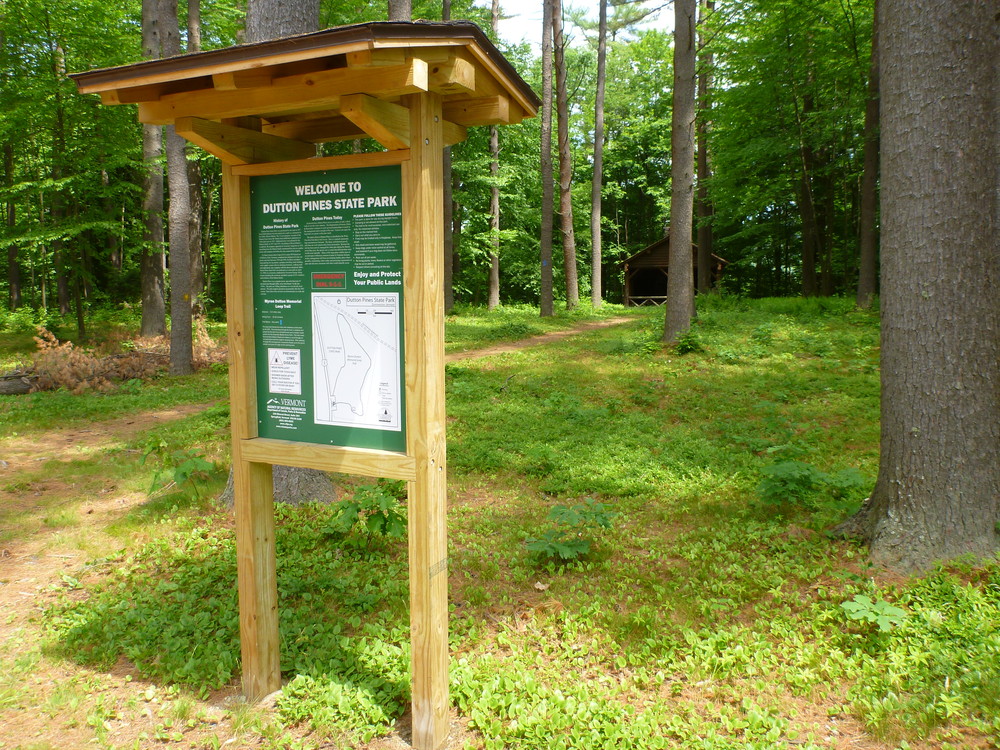 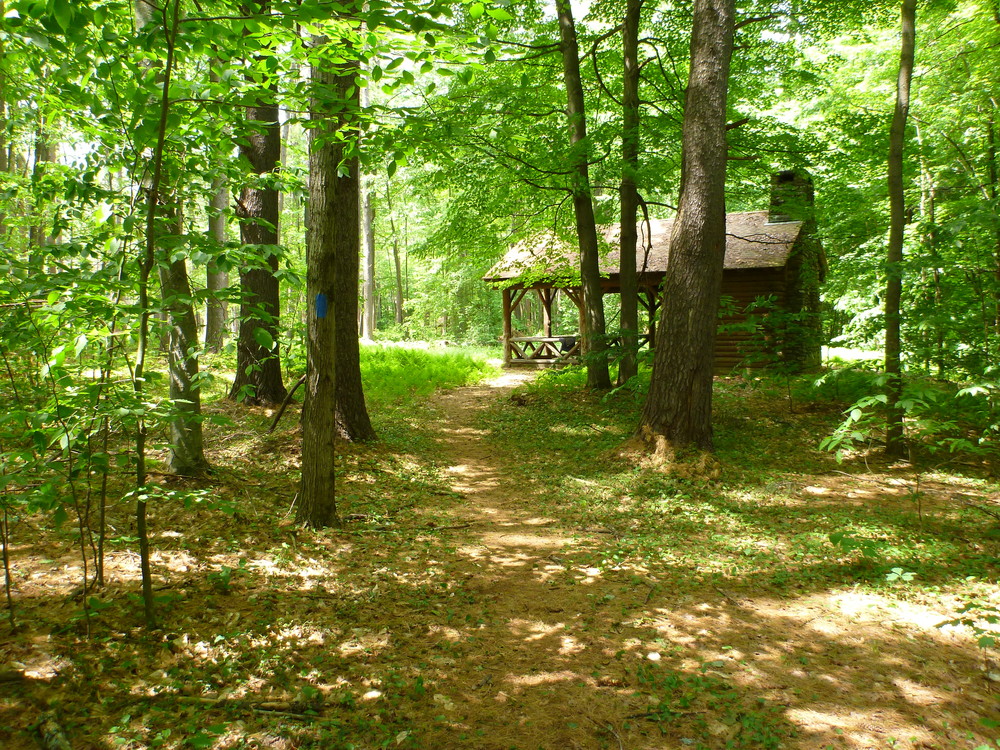