Learn how to stay safe on trails during the COVID-19 pandemic -- check out our new online resource library, Trail Talk!

The Dunn Nature Trail offers a 1.3-mile round-trip walk through a majestic northern hardwood forest within a portion of the Stephen Martin Memorial Wildlife Sanctuary that has been left relatively undisturbed for more than half a century and is now protected in perpetuity. The trail serves as an excellent introduction for area visitors and residents alike to the natural and cultural history of Southeastern Vermont.

The trail is marked with blue disks. Numbered stations (signposts) are placed at points of natural or cultural interest, and are described in both a shorter 2-page interpretive guide and a much more detailed 32-page guide. Copies of these guides are available at the trailhead.

The trail starts at the Bemis Hill Trailhead. Follow the trail for 0.25 miles to a junction, where the loop portion of the trail begins. Turn right here to follow the loop counter-clockwise for 0.8 miles back to the junction, and then return the 0.25 miles to the trailhead. Total elevation change is about 250 feet.

The interpretive stops on the trail, described in the guides, include:

Dogs and bikes are not permitted on the Dunn Nature Trail.

The Windmill Hill Pinnacle Association (WHPA) owns and manages over 1800 acres of land in the Vermont towns of Rockingham, Athens, Grafton, Brookline, and Westminster. These publicly-accessible lands include a 20-mile hiking trail system and wildlife sanctuary.

Information about the WHPA, along with trail maps and copies of interpretive guides for WHPA's nature trails, including the Dunn Nature Trail, are available at http://www.windmillhillpinnacle.org.

This magnificent 113-acre woodland (44 acres in Westminster, 69 acres in Rockingham) was a gift from Sarah Ann Martin of New York and Vermont for its continued use as a forest preserve and wildlife refuge. She gave the land in memory of her brother Stephen Martin, 1924-1945, who is buried in Saxtons River. Stephen was a Marine in World War II killed in action during the Battle of Iwo Jima, a cataclysmic event that claimed the lives of almost seven thousand other Marines and over 20 thousand Japanese soldiers.

These woods, which have been little disturbed for well over half a century, rest in large part on a bedrock of limy (calcareous) schist. The resulting locally-rich soils now support majestic specimens of oak, hickory, hophornbeam, maple, ash, and other trees and shrubs as well as a diverse herbaceous understory that includes many spring flowers and a variety of ferns, including the maidenhair fern. The habitats range from dry rocky ridges to vernal pools and other wetland areas.

WHPA is honored to be able to maintain this memorial sanctuary in accordance with the intent of the donor, which limits its use to low-impact daytime foot traffic, excludes dogs and other domestic animals, does not allow bicycles, prohibits fires, and forbids hunting or trapping. A grant of development rights, conservation restrictions, and public access easement is held in perpetuity by the Vermont Land Trust.

For more information, including maps and copies of interpretive guides for this and other nature trails, visit the Windmill Hill Pinnacle Association's website: http://www.windmillhillpinnacle.org

The Dunn Nature Trail starts at the Windmill Hill Pinnacle Association's Bemis Hill Trailhead at 1522 Bemis Hill Road, in Westminster, Vermont. There is parking for about 5 cars. The parking lot is not plowed in the winter.

From the village of Saxtons River, follow Westminster West Road south for 2.4 miles and turn right onto Bemis Hill Road. The trailhead parking area is 1.5 miles up this road on the right.

From the school in Westminster West, follow Westminster West Road north 3.0 miles and turn left onto Bemis Hill Road. The trailhead parking area is 1.5 miles up this road on the right. 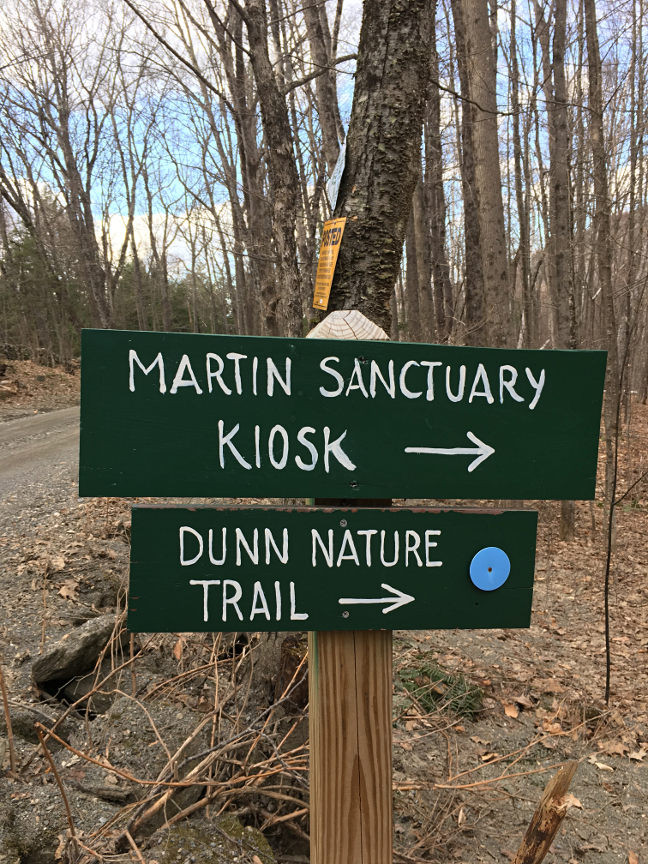 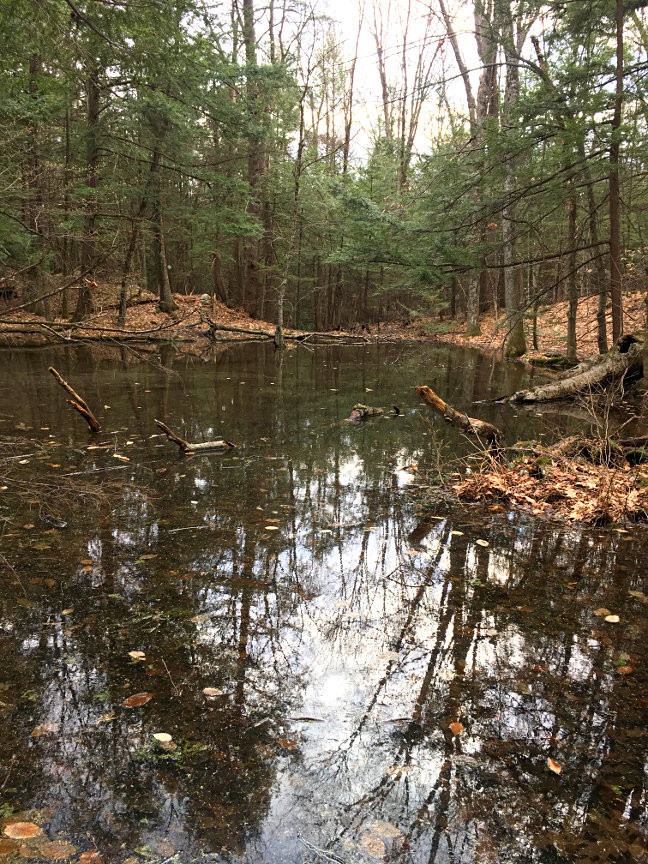 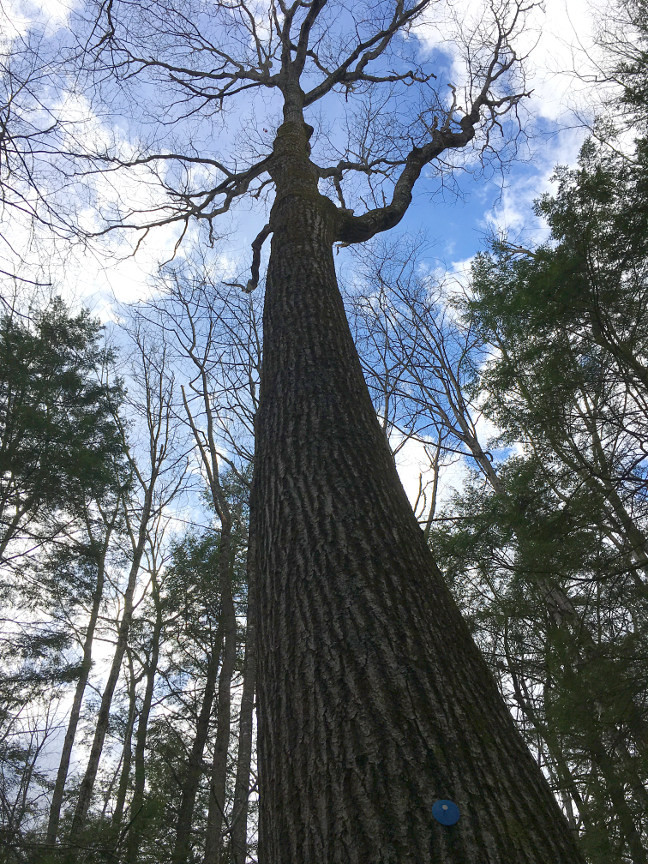